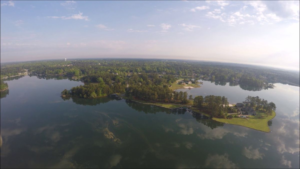 Attention:  Work being done on the lake
The work on the sedimentation plan we discussed at a previous Board meeting will begin on Monday, April 13.  There will be a small boat on the lake on April 13 and 14 doing survey work and associated with that they will use a drone for mapping and reporting purposes.  They will access the lake from either Sunset Point or the North Shore Shoreline Drive marina.  The company doing the work is Georgia Water & Environmental Services (GWES).  They stated they would keep the drone over the water only.

If anyone has any questions they can contact Brent Benedetti or myself.

Updated: 03/25/2018
​Dear LSCA Members,The Lake Spivey Siltation Committee met on November 9th, 2017 and voted to lower Lake Spivey in the Fall of 2018.  We can anticipate that September 9th, 2018, the valve will be opened to lower the lake.  To ensure that the lake has time to capture the springtime rains, we will close the main valve no later than March 1, 2019 to have our lake ready for the summer season.Our goals on lowering the lake are for the continuation of silt removal around the main bodies of the lake and to allow property owners to maintain their docks and seawalls.  Please keep in mind the following when you are making your maintenance plans:
​

We’ll send out more details as our plans progress.

Thank you for your cooperation,

2018 Silt Removal Project – Drawings – These are the areas that LSCA will focus on in 2018.
Please note: The underlying pictures do not reflect the 2017 Silt Removal project work.

The 2017 silt removal project is underway. 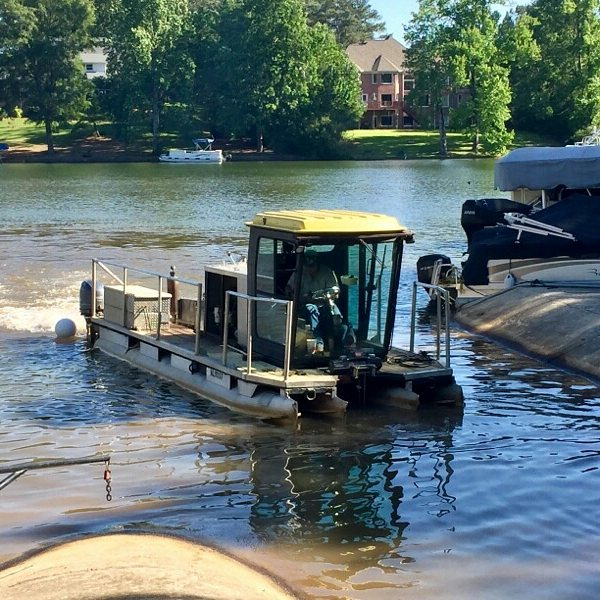 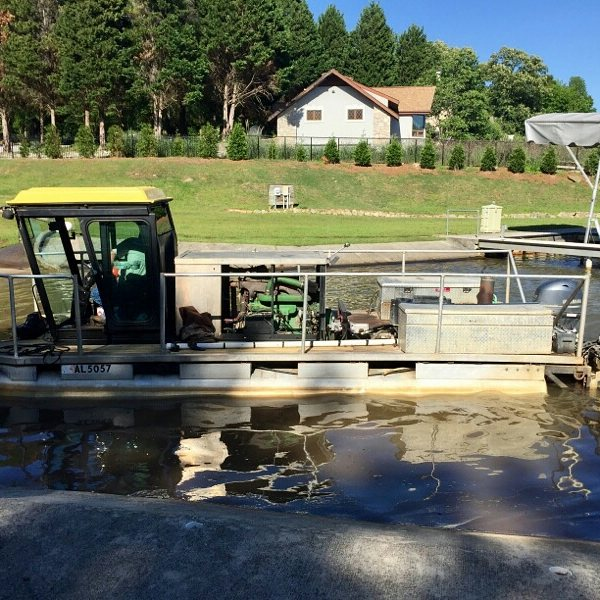 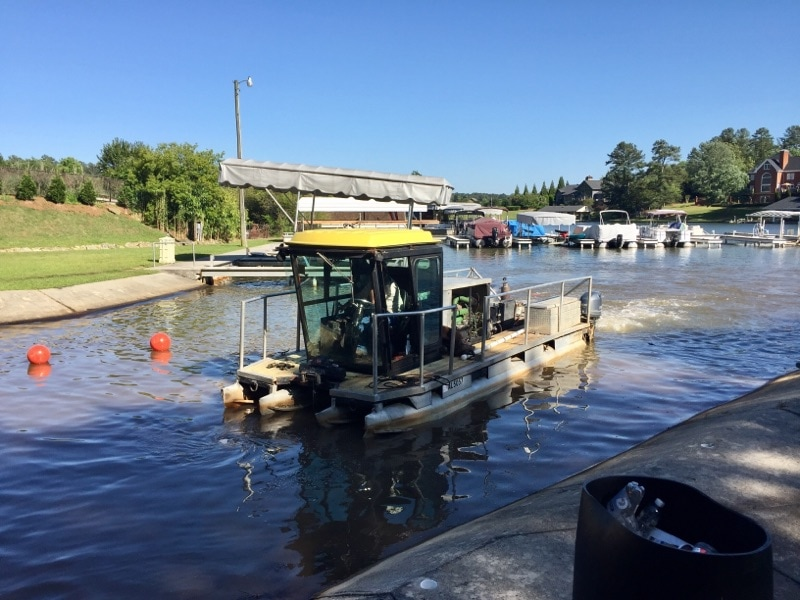 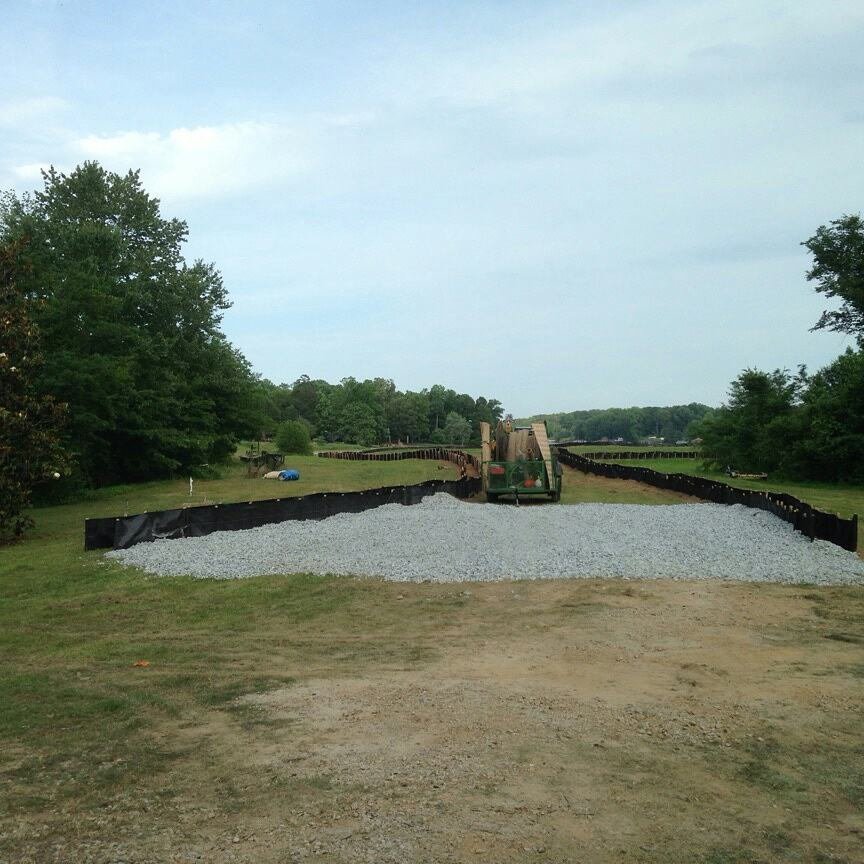 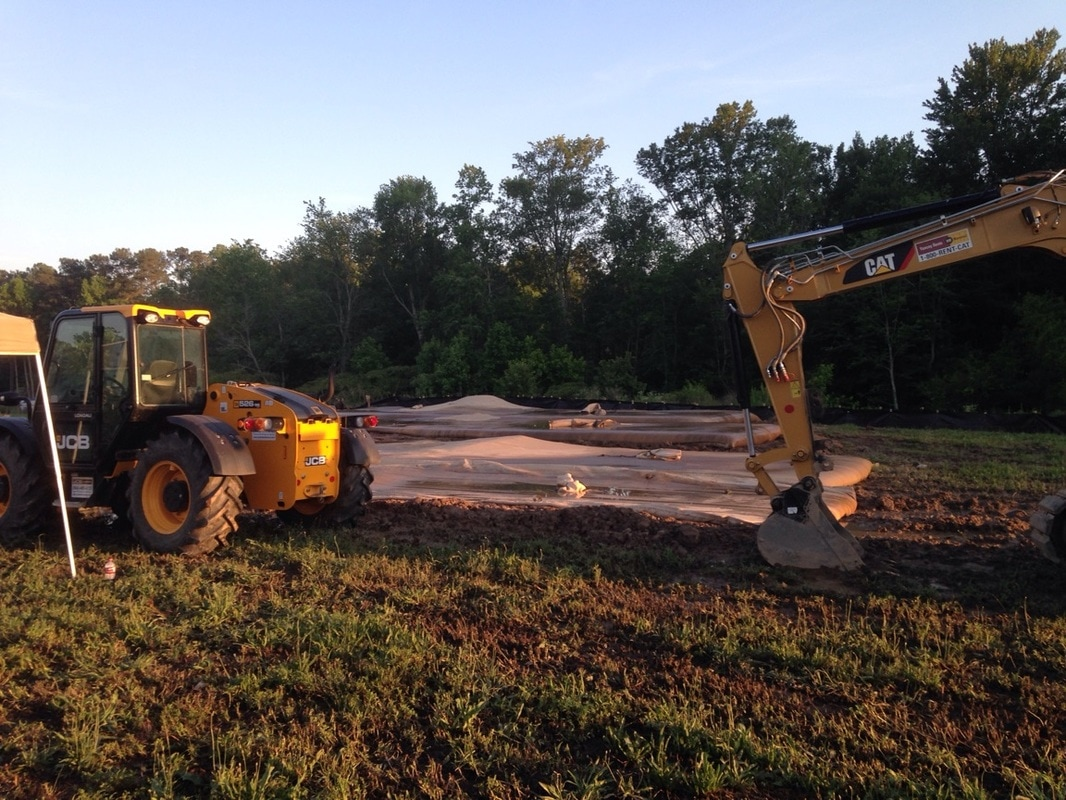 As of late October, 2016 plans for removal of the silt near the Camp Avenue peninsula have not been finalized. However, an initial strategy is in the works. Efforts will be made to remove the majority of the silt from the problem areas without lowering the water level. Due to the drought the lake’s water level of already 10″ to 12″ inches below full pool. On Saturday, October 22nd lake manager Brent Benedetti, LSCA VP Bob Nash and Emerald Drive director Don Barnette survey the area around the peninsula and North Shore neighborhood by boat. On Thursday, October 27th Brent, Bob, LSCA President John Westervelt, and silt committee chairperson Steve Schroeder met at the peninsula to re-examine the area. We’ve included a few pictures. 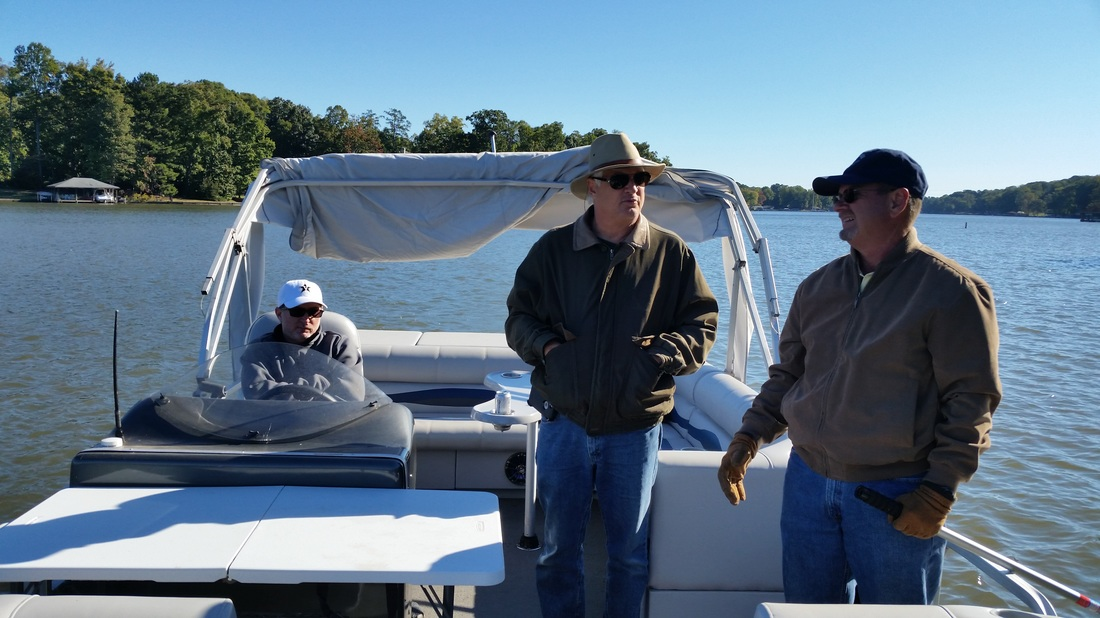 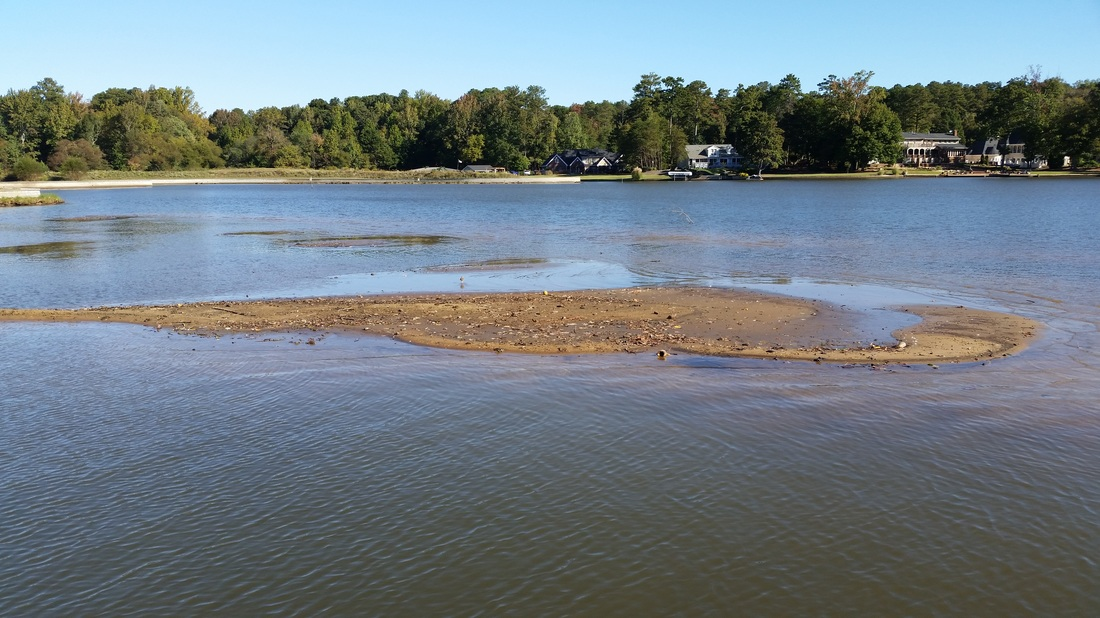 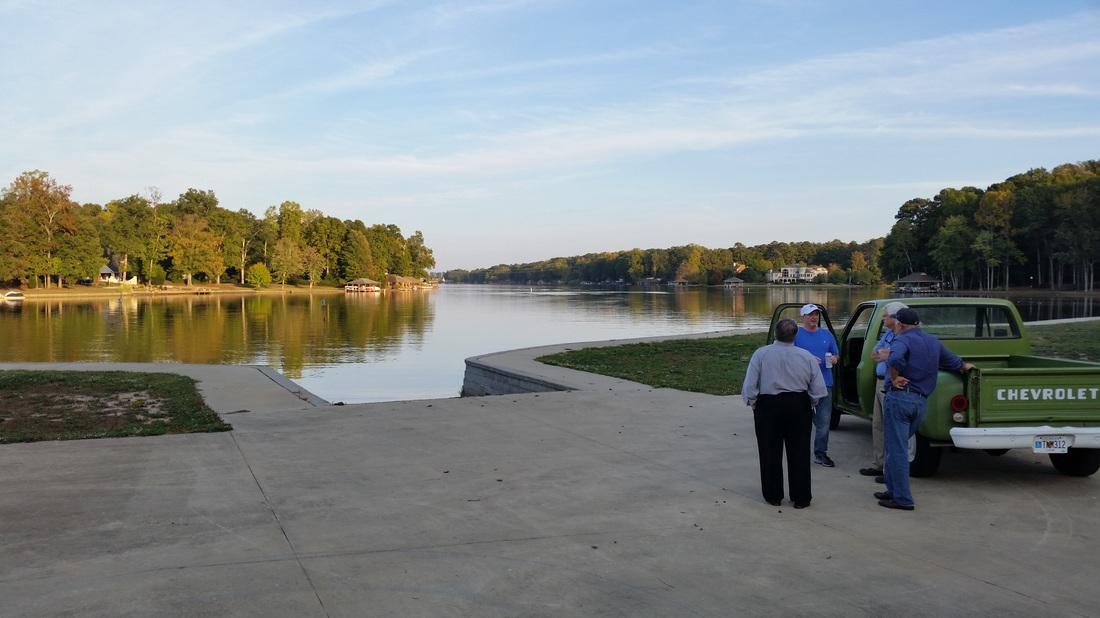 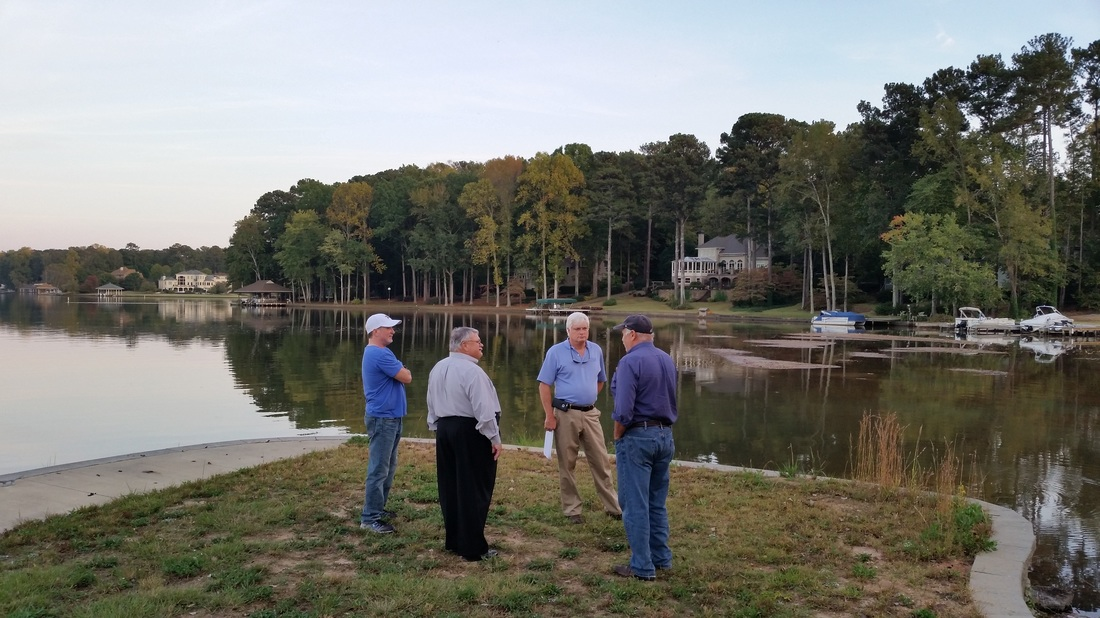 A massive silt removal project was done in 2003-04. But silt is an ongoing problem in our lake and we are again facing a silt build up -not the scope and size of the 2004 project. Lee Fincher, the silt chairman, is investigating where the silt enters the lake and formulating some ideas on its management.  Watch this page for news from Lee.

The Silt goes on

For some time we have recognized the need for silt control in our lake. The silt project was urgent because we were in danger of losing large areas of our lake to wetlands (less than 2 feet of water becomes wetland) If this happened it would preclude any moving of silt.

Now the silt project is finished and these problem areas are now 3 feet deep or more. Approximately 35,000 cubic yards of silt has been removed and deposited off site. (The peninsula on the Rum Creek preserve served as a place to put the wet silt until it dried enough to transport). This translates into approximately 2000 truck loads.

In 2001 a Bathymetric survey of the lake identified the problem areas -where the silt was filling in the lake the most and where it was coming into the lake. The mapping of our lake gave us a base from which to plan.

At Rum Creek, no name creek, Vaughn Branch and Bay View Marina silt traps have been installed. It will be necessary to clean these out at yearly intervals. Silt is an ongoing problem as long as water flows and if not contained -over time will fill the entire lake.

Your silt committee worked long and hard on the completion of this project. We appreciate their time and effort. Steve Lane oversaw the project and did a great job of remaining on top of the project on a daily basis.