Before 2015 none of the RMSs and marinas on Lake Spivey had street addresses.  This made for some confusion when, on the rare occasion, emergency personnel were called to the lake.  To rectify this issue signs indicating the street number have been posted along the street to many of the RMSs and marinas.  Signs indicating the street number and name have also been posted at the water’s edge or along each dock.  These signs are for boaters to accurately report their location and for emergency personnel to respond as quickly as possible when needed. 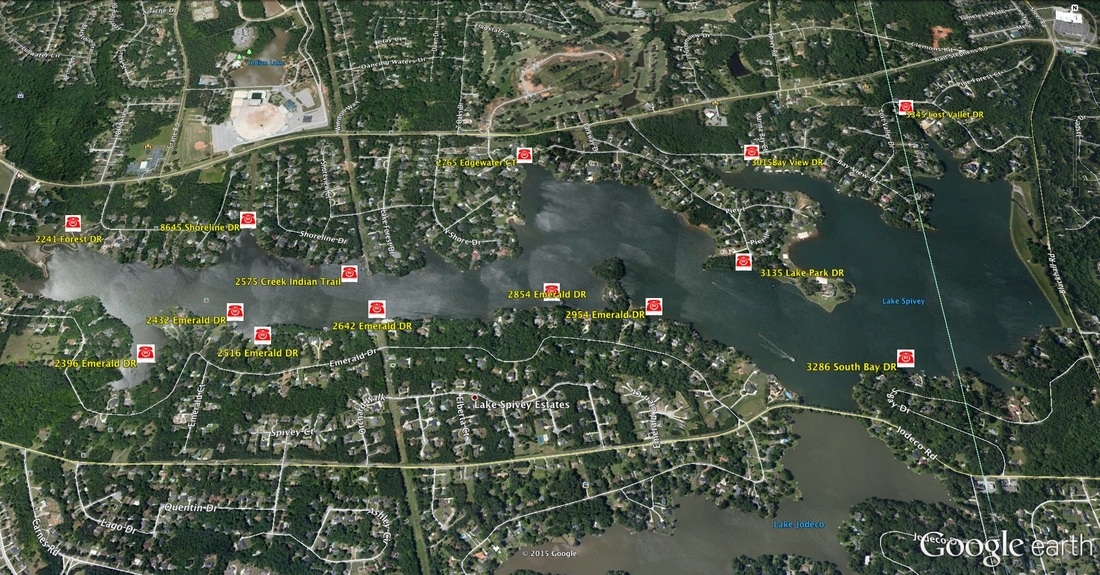